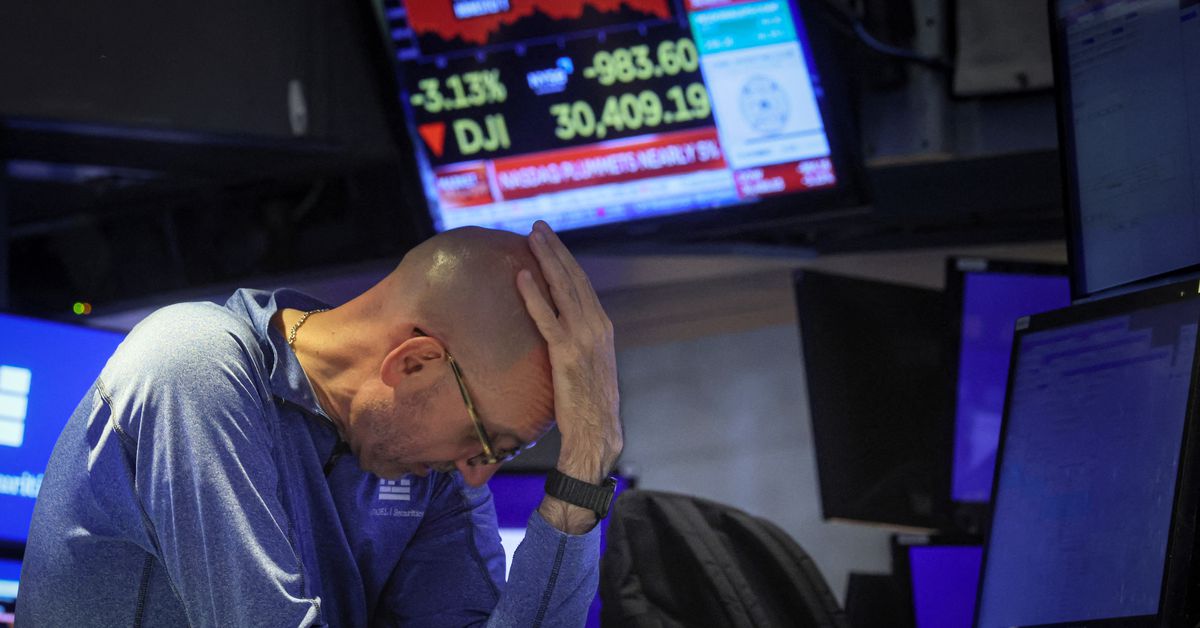 NEW YORK, June 14 (Reuters) – The bear market in U.S. stocks could be a prelude to even tougher times to come: a market swoon has often come hand-in-hand with recession.

Worries that a hawkish Federal Reserve will hurt U.S. growth as it attempts to tame inflation has helped drive the benchmark S&P 500 (.SPX) to a more than 20% decline from its all-time high on Jan 3, a drop that many analysts define as a bear market. read more

If history is a guide, the market’s action may indicate a recession is in the wings. Nine of 12 bear markets that have occurred since 1948 have been accompanied by recessions, according to investment research firm CFRA. That recession could begin as early as August, history indicates, and there could be more downside in markets to come.

“The market anticipates recessions,” said Sam Stovall, CFRA’s chief investment strategist. “The market usually goes into a bear market mode if it believes that things are not going to be doing very well for the economy as a whole.”

Despite the tumble in stocks, the latest economic and corporate data show a mixed picture. The latest U.S. monthly jobs report found employers hired more workers than expected in May, while S&P 500 earnings are expected to rise by nearly 10% this year.

On the flip side, the CPI report on Friday said consumer prices accelerated and resulted in the largest annual increase in nearly 40-1/2 years, while gasoline prices are at all-time highs and threatening consumer spending. read more

Fed Chairman Jerome Powell has pledged that the U.S. central bank would ratchet interest rates as high as needed to kill a surge in inflation. Surging inflation data and fast-changing views in financial markets have opened the door to a larger-than-expected three-quarter-percentage point interest rate increase when Fed officials meet this week. read more

Warnings of an approaching recession have grown louder on Wall Street and in Corporate America. On Monday, Morgan Stanley CEO James Gorman said he thinks there is a roughly 50% chance that the U.S. economy will enter a recession. read more

Another widely followed recession signal flashed on Monday, as it did in March, when a key part of the U.S. Treasury yield curve inverted – a reliable indicator that a recession will follow. read more

CFRA found that bear markets on average start seven months before a recession begins. If that holds this time, the recession would begin in early August, seven months after the S&P 500 peaked on Jan 3.

A bear market accompanied by a recession could mean more pain for investors.

Bespoke Investment Group analyzed 14 bear markets since World War Two, eight of which started within two years of a recession, and six where the next recession did not start for at least two years.

In the eight where the recession came within two years, the median decline of a bear market was steeper — about 35% for the S&P 500 versus 28.2% for bear markets when a recession did not come within that time period, according to Bespoke.

The eight recession-related bear markets were also longer generally, with a median length of 495 days compared to 198 days for the six other bear markets.

Not all bear markets have been linked with recessions. According to CFRA, three of 12 bears occurred without recessions, while three recessions were not preceded by bear markets.

The three instances in which stocks were lower were associated with “major recessions,” according to LPL.

“As uncomfortable as this year has been, this is still probably for a longer-term investor, a great opportunity,” Detrick said. 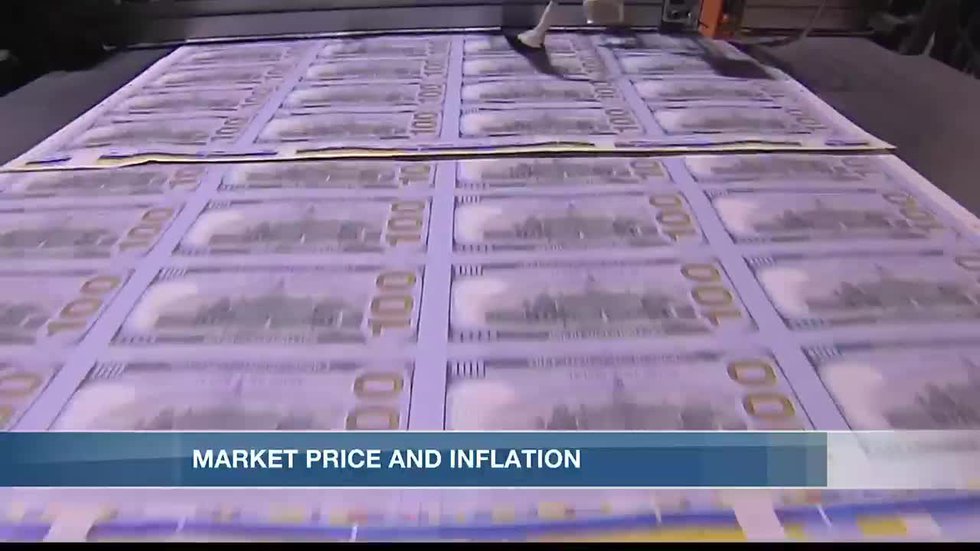 How is the stock market and inflation affecting consumers? – KPLC

Why does it make sense for Indian investors to diversify in US stocks? – The Financial Express