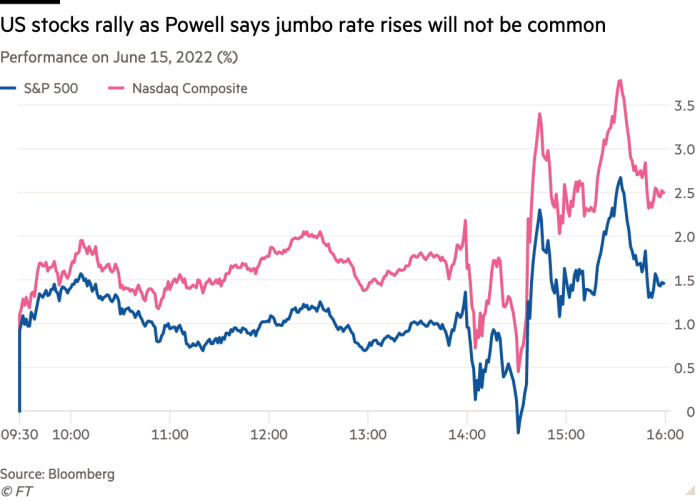 The Fed yesterday raised its benchmark policy rate by 0.75 percentage points to a target range of between 1.50 per cent to 1.75 per cent, the biggest increase in the fed funds rate since 1994.

US stocks and government bond prices rallied after the announcement as investors focused on Fed chair Jay Powell’s assertion that such large rate rises would not become common.

The S&P 500, which entered a bear market at the beginning of the week, closed 1.5 per cent higher. The tech-dominated Nasdaq Composite jumped 2.5 per cent.

But futures contract trading today suggests those gains will be reversed when Wall Street reopens later as investors reassess Powell’s comments and look ahead to the central bank’s next meeting in July.

“But we are pretty confident there won’t be any sense of relief heading into [the] July FOMC meeting,” strategists at NatWest Markets said in a note to clients.

Discussion among economists and market commentators turned quickly to whether the central bank’s rate tightening can avert a recession in the US and guide the economy to a soft landing.

“The odds of a soft landing are pretty darn close to zero, and the reason is we’re in an unprecedented environment and the Fed’s overwhelming priority is inflation, inflation, inflation,” said Stephen Kane, co-chief investment officer of fixed income at TCW.

Later, focus will switch to the UK where the Bank of England is due to announce its latest interest rate decision. The consensus view among economists is that the BoE will raise its key lending rate by 25 basis points but the likelihood of a 0.5 percentage point rise has increased in recent days.

Do you think the US economy is heading into recession? Can the Fed can avert such an outcome while also controlling inflation? Have your say by voting in our latest poll. Click on the arrow and drag the arrow towards your predicted outcome.

Five more stories in the news

1. Scholz, Macron and Draghi arrive in Kyiv for talks The leaders of the three biggest eurozone economies arrived in the Ukraine capital to discuss the country’s EU membership ambitions with President Volodymyr Zelenskyy. The meeting comes a day after the US offered Ukraine another $1bn worth of weaponry to help stall the Russian assault in the south-east of the country.

2. US fears surge in crude prices from ban on insuring Russian oil tankers The Biden administration is urging European capitals to seek ways of easing the impact of their ban on insuring Russian oil cargoes, arguing the measure could cause global crude prices to soar. US petrol prices hit a record high of $5 a gallon last week, more than double the level when Joe Biden took office. Biden yesterday said refiners’ rising profit margins were “not acceptable” at a time of war.

3. FDA advisory panel backs Covid-19 vaccines for under 5s US government advisers have recommended administering Covid-19 vaccines to babies and toddlers, paving the way for the nationwide rollout of jabs from as early as next week.

4. Bitcoin tumbles The cryptocurrency industry’s “bloodbath” worsened yesterday as the world’s most popular digital asset touched fresh lows for the year. Bitcoin dropped below $20,000 for the first time since last July while ether, the token linked to the Ethereum blockchain, fell to nearly $1,000.

5. ECB to design new bond-buying plan The European Central Bank has sought to tackle fears that the eurozone is on the cusp of another debt crisis, saying it would speed up work on a policy tool to counter surging borrowing costs in the region’s weaker eurozone economies.

Third January 6 public hearing Greg Jacob and Michael Luttig, two of Mike Pence’s former advisers, will testify to a congressional committee investigating last year’s attack on the US Capitol that the former US vice-president came under significant pressure to overturn the 2020 election results in favour of his boss Donald Trump.

Economic data The tight US labour market will be back in focus today when data on new applications for unemployment aid are released. They are expected to dip to 215,000 in the week ended June 11. Jobless claims in the previous week hit their highest level since January. Continuing jobless claims, which measure how many Americans are actively receiving unemployment assistance, are near their lowest levels in more than five decades.

Elon Musk addresses Twitter workers The Tesla chief executive is expected to confirm his desire to own Twitter when he addresses workers at the social media platform later today, according to a Wall Street Journal article.

Company earnings The software maker Adobe will report its quarterly earnings after market close, with analysts forecasting adjusted earnings per share of $2.50 on $4.35bn in revenues. The San Jose-based company produces a suite of popular products for businesses and creative workers, such as Photoshop and Adobe Acrobat.

What else we’re reading

The banking billionaire making a $3.7bn bet on Colombia Alarmed by the prospect of a leftist former guerrilla winning the presidency in Latin America’s fourth-biggest economy, investors have been pulling money from Colombia this year. But banker Jaime Gilinski is different.

Why we trust fraudsters From Enron to Wirecard, elaborate scams can remain undetected long after the warning signs appear. Left behind in the ashes, however, is a much larger question that haunts all victims of such financial fraud: how on earth did they get away with it for so long?

How French politics put personality ahead of party The legislative elections that end on Sunday have been dominated by three individuals: the liberal internationalist and incumbent president Emmanuel Macron, far-right leader Marine Le Pen and far-left politician Jean-Luc Mélenchon. What does this mean for stability in France?

Inside ‘gentle parenting’ Today’s parents largely believe that physical punishment such as spanking does little to change a child’s bad behaviour and should be avoided, in part because toddlers struggle to control their impulses as their prefrontal cortexes are not fully developed. Here’s why the movement is stressing some parents out.

Why are so many of us facing the ‘Great Overwhelm’? Glasto’s back; foreign holidays are back; breathing in the delicate air of the London Underground without a mask is back. Doesn’t all this freedom make you feel elated? Apparently not, with more than 30 per cent of adults reporting high levels of anxiety. Jemima Kelly looks at what’s driving this.

With a hits collection titled Finally Enough Love about to be released, is Madonna ready at last to face pop mortality 40 years after she burst on to the music scene? 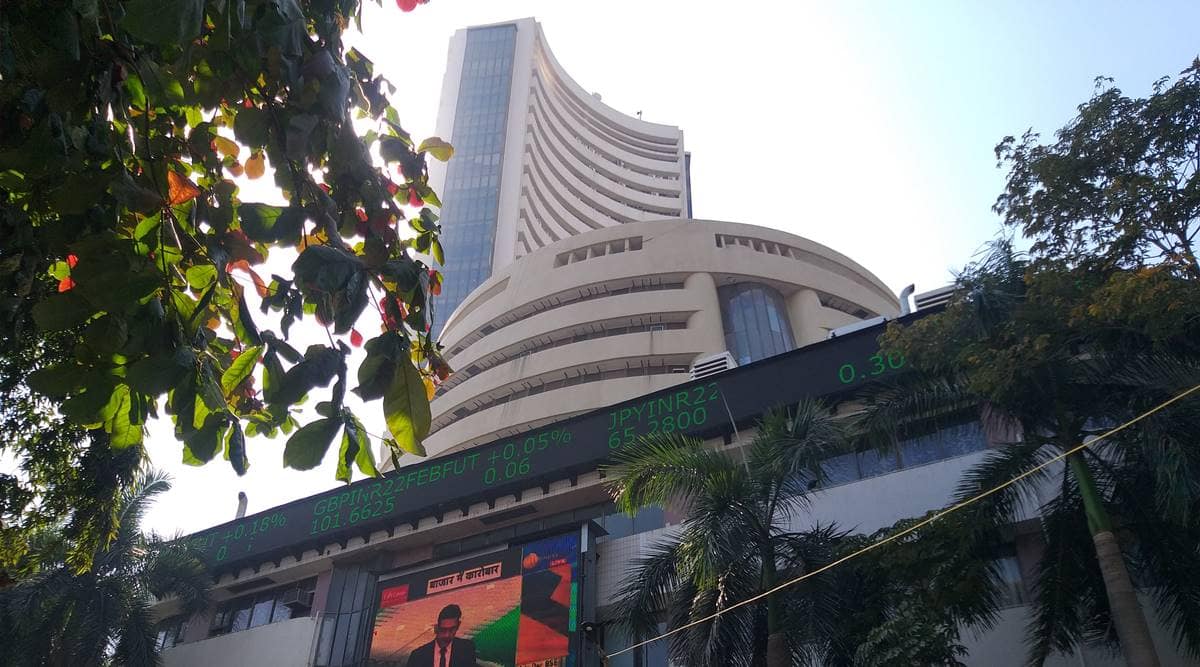 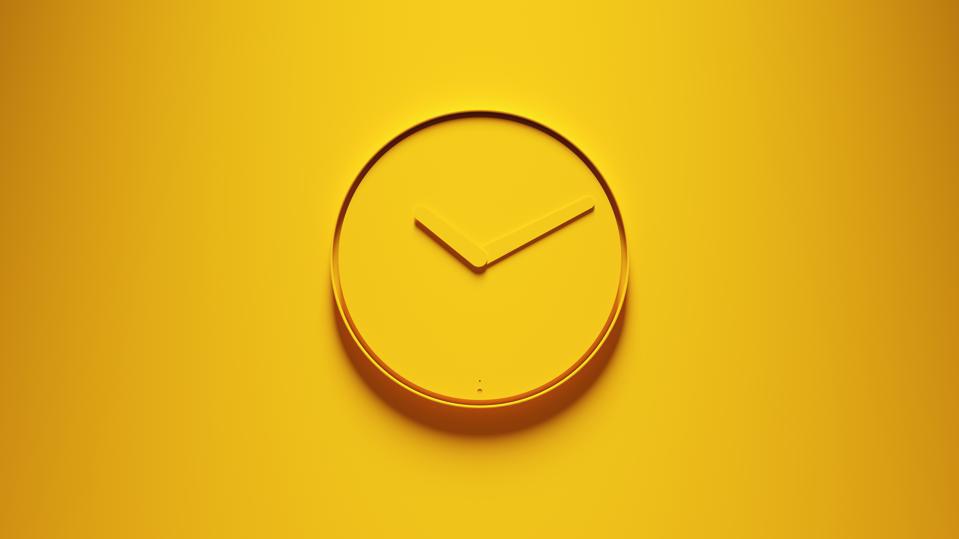 When Is The Best Time To Buy Stocks? – Forbes