The Philippine stock market initially slid by 3% to a near nine-month low on Tuesday as traders reacted to news of the country’s presidential election, with Ferdinand “Bongbong” Marcos Jr, son of the former dictator, winning Monday’s election by a wide margin.

Negative sentiment on the global financial markets added downside as slowing economic growth in China, the Philippines’ largest trading partner, and rising interest rates in the US dampened the outlook for the country’s economic performance. China receives around 30% of the total exports from the Philippines.

But the index moved up by 2.6% off the lows by the end of the session, and stocks of companies with connections to the Marcos family made strong gains on Wednesday.

What is the Philippine Stock Exchange, and what’s next for the market after the Marcos win? In this article, we provide an overview of the latest news to help you decide whether now is the time to invest in Philippine stocks.

Everything you need to know about PSE

The exchange comes under the oversight of the Philippines’ Securities and Exchange Commission (SEC), which was created in November 1936 to safeguard those members of the public investing in stocks.

There are currently (12 May) more than 200 companies trading on the Philippine stock market. The Philippine Stock Exchange Composite Index (PSEi) tracks the performance of a fixed basket of the top 30 companies.

There are six sub-indices, tracking performance of the financial, industrial, property, mining and oil, and services sectors, along with holding companies. In 2006, the PSEI index shifted from full market cap to using free float market capitalisation, or the total value of a company’s issued shares.

What happened with the Philippine stock market?

Stocks such as Araneta Properties (ARA), Philweb (WEB) and Prime Media Holdings (PRIM), which have relatives of Marcos Jr as a chairman or owner, have made strong gains since Friday, with Araneta gaining as much as 80% on Wednesday from Friday’s level.

At the same time, media companies have shed value in expectation that Marcos Jr could take an unfavourable approach to the press.

What factors are driving Philippine equities?

Analysts have been optimistic on the outlook for the Philippine economy in 2022 as the country opens up following two years of Covid-19 restrictions.

“The Philippines Stock Exchange (PSE) index is one of the few Asian equity markets that has not had a year-to-date decline as of early May 2022,” said Piero Cingari, market analyst at Capital.com.

“The post-pandemic recovery has been highly encouraging, with the industrial and manufacturing sectors performing exceptionally well. Investors are currently waiting to see what economic policies the new President Ferdinand Marcos Jr would implement, although the market has not shown any particular shock after his victory,” he added.

Cingari highlighted that the PSE index is trading “at very fair levels in line with its historical norm”, with its price-to-earnings ratio (P/E) standing at around 20x.

“This means that, in a context of global risk aversion, the Philippine stock market may still suffer from contagion, keeping investors cautious in the short run. Among sectors and industries, oil and gas, as well as financials, have relatively attractive valuations, with P/E ratios of less than 12x.”

Cingari added: “PetroEnergy (PERC) Resources, which works with upstream oil exploration, renewable energy development, and power generating industries, is a company with an interesting profile, enjoying a favourable trend with room to recover to July 2017 highs.

“Metropolitan Bank & Trust Company (MBT) is a diversified bank with global services and one of the leading financial organisations in the Philippines, which also provides attractive valuations, particularly for dividend-seeking investors.”

In April, the International Monetary Fund (IMF) predicted that the country’s gross domestic product (GDP) could grow by 6.5% in 2022 and 6.3% in 2023, the second highest growth prediction in Asia behind India.

“About 40%  of the Philippines’ gross domestic product is made of imports and exports, making it a highly open economy,” Cingari said.

“This makes it vulnerable to slowdowns in the world economy, especially those in China, which is the Philippines’ biggest trading partner and gets about 30% of its exports.

“Tourism contributes significantly to trade revenue, and the international openness from Covid-19 might provide a fresh push for growth.”

The Asian Development Bank issued a growth forecast in April, projecting the Philippine economy to grow by 6.0% in 2022, rising further by 6.3% in 2023.

“Nearly all indicators point to higher growth for the Philippines this year and in 2023, barring the impact of external factors from geopolitical tensions that may dampen growth globally, including in the country’s key export markets Europe and the United States,” ADB Philippines Country Director Kelly Bird said in the bank’s economic overview.

Rising investment and consumption in the domestic economy as Covid-19 restrictions ease are expected to support a rebound in manufacturing and construction activity along with government spending on infrastructure, which would in turn help to spur stock market investment in the Philippines.

“Inflation is forecast to rise to 4.2% in 2022 on pressures from higher global oil and commodity prices due to geopolitical tensions,” said the ADB statement.

“In March, the government issued fuel subsidies and discount vouchers to public transport drivers, farmers, and fisherfolk to help them cope with rising fuel and production costs. Inflation is expected to decelerate to 3.5% in 2023 as global commodity prices moderate.”

Analysts at Swiss investment bank UBS upgraded Philippine equities to neutral in their Philippine stock market outlook on 28 April ahead of the election, but noted that “besides the crunch in China, Asia’s economies are facing an expensive import bill and may see less buyers for goods.

“Most of Asia imports its energy inputs, so a strong dollar plus high global pricing means a bigger import bill… Worst off are Thailand and the Philippines, as their exports are more US- and EU-driven and they face steep energy import bills.”

Nicholas Mapa, senior economist at Dutch bank ING, noted on 9 May that the Philippine peso weakened ahead of the election and on rising imports: “The PHP will likely remain pressured in the near term given increased demand for foreign currency to cover bloated imports.”

Analysis by Trading Economics showed that the peso rebounded to 52.05 against the US dollar on 11 May after hitting a near three-year low of 52.70 on 9 May, as investors digested the election result and the potential impact on the country’s economic policies.

Trading Economics expected the currency to weaken further over the next year, to trade at 53.34 in 12 months’ time. The company also forecasts that the PSEi could trade at 6,538.18 points by the end of the second quarter and decline to 5,915.59 points in a year, based on global macro models and analysts’ expectations.

Analysts at Singapore-based bank DBS expected that “a decent degree of policy continuity is likely for the Philippines”, with Marcos Jr committing to the current Duterte administration’s infrastructure buildout programme.

The bank’s Philippine stock market analysis on 20 April showed that “Philippines’ equities performed well on average around election seasons. The pace of increases picked up and peaked two quarters prior to the election quarter, before stabilising into the elections and up to four quarters after the votes. Stock market performances ebbed and flowed depending on the broader risk environment.”

Neil Shearing, Group Chief Economist at Capital Economics, noted last week that: “China’s recovery is likely to be underwhelming and its economic performance weaker over the next couple of years than most anticipate.” That will have an impact on global growth and its trade with countries such as the Philippines.

Whether you are interested in buying stocks in the Philippines, or any other country,  we recommend that you always do your own research. Always conduct due diligence and look at the latest market trends, news, technical and fundamental analysis, and expert opinion, before making any investing or trading decision. Keep in mind that past performance is no guarantee of future returns. And never invest or trade money you cannot afford to lose.

What You Need to Know

The week ahead update on major market events in your inbox every week. 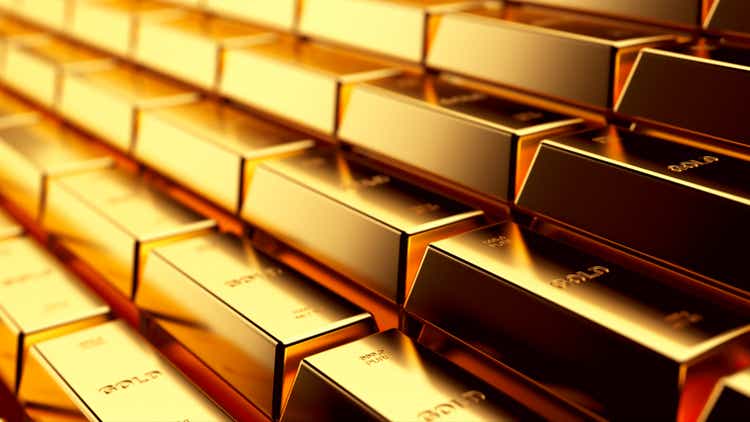