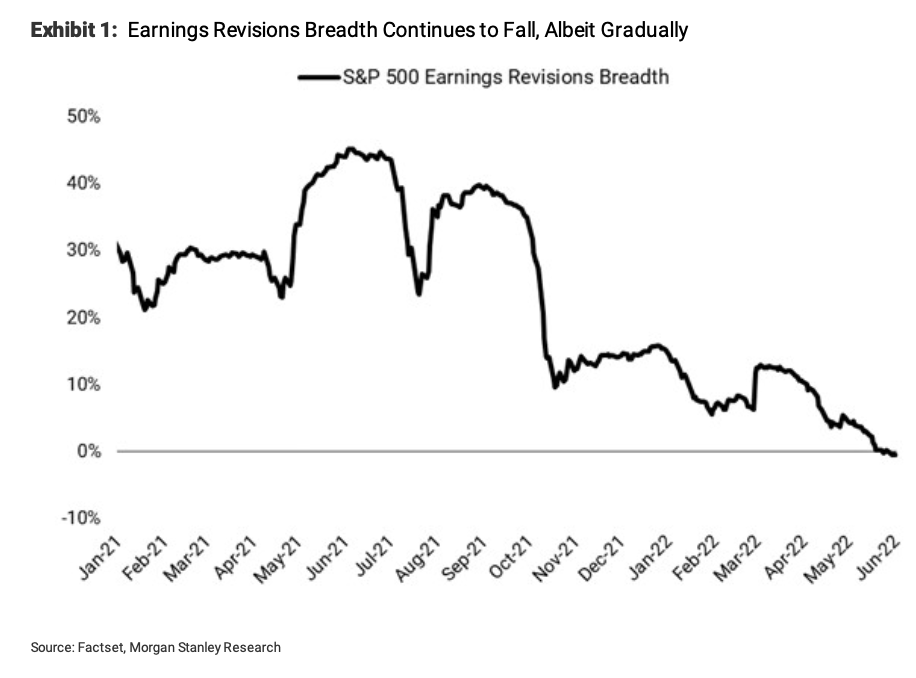 Today’s newsletter is by Myles Udland, senior markets editor at Yahoo Finance. Follow him on Twitter @MylesUdland and on LinkedIn.

Earnings season may be done, but corporate results are set to be the stock market’s next big problem. Again.

In a note to clients published Monday, Morgan Stanley strategist Mike Wilson noted revisions to corporate profits keep dropping. And while revisions haven’t quite gone negative, Wilson thinks investors will soon realize their own expectations for next year are simply too high.

“Over the past several months, we’ve been highlighting the declining trend in earnings revision breadth,” Wilson wrote. “We thought it would turn outright negative during Q1 earnings season and that’s where we are. However, it’s been a slow bleed toward 0%. This is why forward 12 month EPS estimates continue to grind higher for the S&P 500.”

Wilson also noted that the preceding chart — which measures the difference between how many company forecasts are being raised versus cut — actually flatters the current state of play.

With the price of oil and commodities rising, 2022 earnings forecasts for the Energy (XLE) and Materials (XLB) sectors have risen 55% and 12%, respectively, over the last three months. No other sector in the S&P 500 (^GPSC) has had positive earnings revisions better than 2% over that timeframe.

“Time will tell, but we are still of the view that EPS forecasts will come down,” Wilson stated.

“The issue from here becomes the move away from a valuation focus to… an earnings expectation focus,” Chronert said. “And here, we’re of the view that we’re probably still looking at some downward revision risk to the second half of ’22.” Adding that a recession, were it to materialize as the Fed raises rates to tamp down inflation, “would really be a ’23 earnings event, in our view.”

As we’ve written in this space before, what really drives markets is not realized economic or earnings growth, but the expectations — and the change in those expectations — for these inputs.

And while the stock market so far this year has certainly been under pressure, in Chronert’s outline the pressure that has been applied to stocks has come from interest rates and inflation. Which means any pressure applied from earnings has yet to be felt. And it’s little wonder why — earnings forecasts are still mostly higher.

Last week, FactSet’s John Butters noted that while second quarter earnings expectations have come down somewhat, these downward revisions are less severe than what is seen during a normal year. So far this quarter, for instance, Q2 earnings estimates for the S&P 500 have dropped 1.3%, less than the 5-, 10-, and 15-year averages of 1.9%, 2.7%, and 3.4%, respectively.

Moreover, Butters added, estimates for the second half of this year and the first half of next year have actually increased during April and May.

These forecasts, however, may have an unpleasant date with reality in the months ahead.

“Either the price [of the stock market] needs to come down to reflect the earnings risk or the estimates need to fall,” Wilson wrote. “We think both will happen over the course of 2Q/3Q earnings season as companies come to the confessional one by one.”

“However,” Wilson added, “we also appreciate that it may take some time for these confessionals to work their way through official forecasts,” with Wilson noting that second quarter earnings season isn’t set to kick off until mid-July.

“In the absence of a recession or a shock like the COVID lockdowns,” Wilson noted, “negative earnings revisions typically take longer than they should, and this time is likely to be no different.”

What to Watch Today 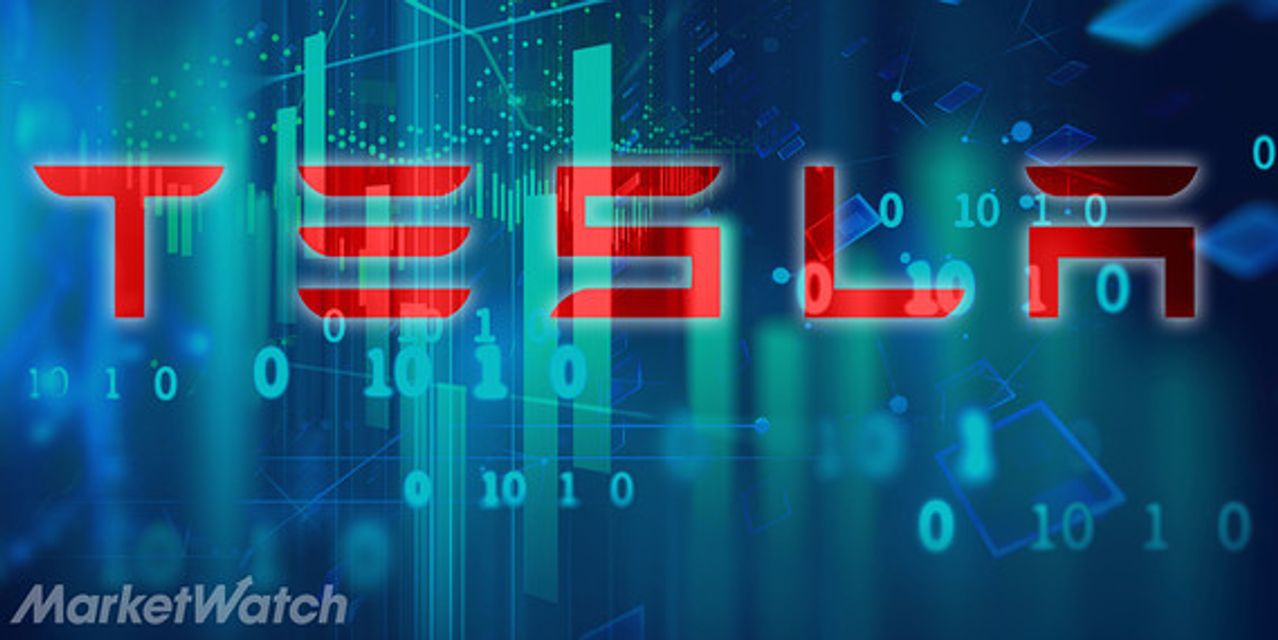